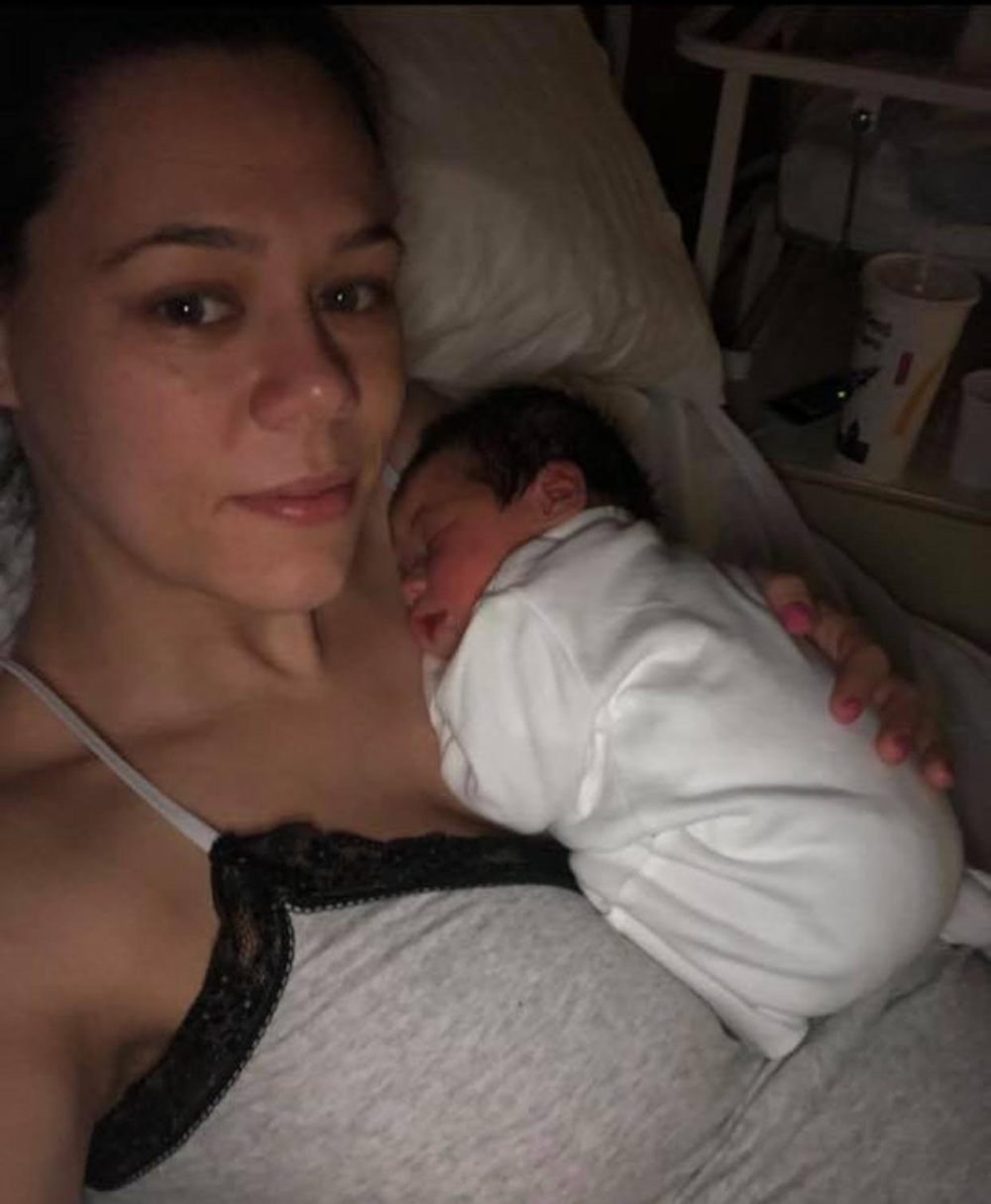 Here is my positive birth story

I was due on the Saturday and the following Monday night, my partner and I had some awkward sex

then literally straight after I had a very dull belly ache. I didn’t really think much of it so dozed off but then every now and again would wake up because of the period type pains. I didn’t wake my other half as I thought would be best for him to carry on sleeping and plus I didn’t know if this was actually it.
At about 8am the following morning they had got a little more intense but still bearable. I put the tens machine on about midday and was most comfortable on my knees bent over the sofa. I then tried to be as active as poss and went for a walk around the park (we live next to it) this was about 3 o’clock that afternoon. Now looking back, I think this was the best thing I could have done; to be active and upright (UFO!) plus there was so many distractions that I think it helped each time I had a surge (including a lost dog

which we called Dave and Dave ended up walking with us

)
Someone had once told me for the birth partner to ‘squeeze’ the hips when a surge is happening and I found this really helped! Each time I had one, my partner would stand with his body next to mine so I had my right side against the front of his body with his arms round me holding on to my left hip and he would squeeze/hold me into him – sounds weird but it helped!
There had been no real pattern with my surges which threw me a little but at about 6 o’clock that evening, I had about 3 in a row which were 2/3 minutes apart, so decided to phone the hospital. She asked if I could cope and if I could to stay at home longer – in my head I thought well yes I can ‘cope’ but as I’ve not done this before, I just didn’t know what I should and shouldn’t be coping with. I used BRAIN quite a lot and this was one of those times. I made the decision to go to hospital. When we got there the midwife said that if I wasn’t in established labour then I would need to go home. She asked me if I consented for her to examine me; I felt like I needed to know how much and if at all dilated I was. She then examined me and looking a bit confused she said that she thought I was either quite dilated, or that I hadn’t dilated at all and she couldn’t even feel my cervix!!?!? She asked if I would let a senior midwife examine me which I consented to. The senior midwife then told me I was 8cm! I was so happy that I cried a few happy tears

it gave me the boost I needed! They immediately took me through to the room with the pool and starting filling it and I asked for some gas and air

I then laboured in the pool for about 4/5 hours. During this time my partner held his arm out the whole time whilst I floated/laid on it as this was most comfortable! (For me haha, although I’m pretty sure me laying on his arm was nothing compared to me birthing our baby

)
I was doing the breathing techniques and at times I would forget and so my partner would just ask me if I was still concentrating which would remind me to breathe again.
I felt that the birthing pool was relaxing and at times, I was in my own little world

the midwife bought in some oramorph but didn’t actually give it to me until I asked for it again. Which I did a bit later on!
The midwifes asked to examine me so I got out of the pool – at this point I had laid down on my back! Which was the one thing I didn’t want to do. But my partner knew this so he said a few times to get me up. To which I then sat on the birthing stool. Babies head just wouldn’t come out and so the midwives advised for me to have an episiotomy which I was happy to have – and can I just add that I did not feel a THING! I could never understand when people said that to me that you don’t feel it, but it’s true!
And then moments after, my beautiful baby girl was born at 12:09 and placed straight onto me

words cannot describe this feeling.
I chose to have a managed third stage and I birthed the placenta about 10 minutes later. We also had DCC and dad cut the cord

Unfortunately a vessel was cut which meant quite a bit of blood loss but they stitched me up soon after whilst I had her still laying on me.
We were lucky enough to be able to stay in the room for some time after and enjoy our first few hours as a family of 3

All in all my birth was so positive and I truly believe this was down to Hypnobirthing. The human body really is amazing!